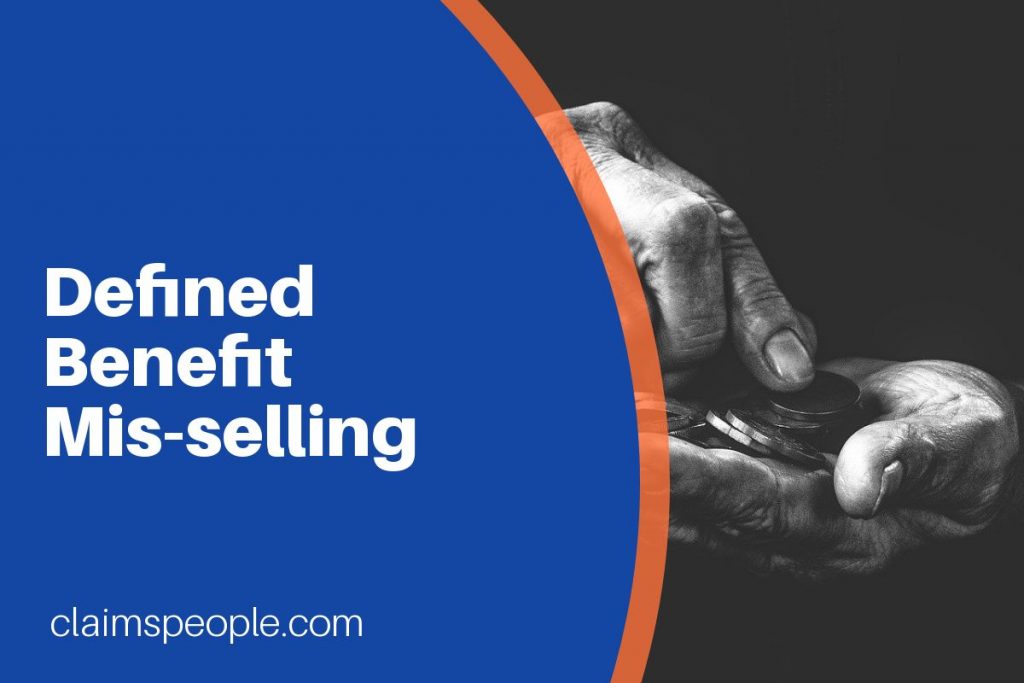 With PPI taking up many of the column inches of newspapers and the media over recent years the mis-selling of pensions has largely gone under the radar. There are a number of reasons for this, the main one being it is difficult to explain that you have or will potentially lose something in the future whereas with PPI you are explaining that you have lost something in the past.

Unless you have kept a close eye on the news you probably missed several mis-selling scandals that have occurred as a result of unscrupulous and unsuitable advice to those people who have taken their pensions from company schemes and introduce them to their own private pensions. Outwardly this seems like a good idea but invariably financial advisers on high commissions have driven mis-sales.

When you are in employment a number of employers in the past provided pension schemes which they contributed into as well as yourself as a means to plan for retirement. The schemes provided a guaranteed income upon retirement and various other benefits. This provided you with an income on retirement based on a proportion of your final salary. In addition there could be other benefits in relation to illness which would mean you can draw on your pension early or benefits to your dependents who could still receive your pension should you die.

What is good about taking your Pension out of work Scheme?

For some, although surprisingly few, there are considerable benefits in transferring money from a work scheme to a pension scheme. This is where it becomes confusing and that in recent years firms with these pension schemes want to basically get them off their books as they are a considerable liability for payments in the future. Therefore they make the opportunity to transfer monies to a private pension considerably attractive. As an example you could well have a final salary scheme offering £25,000 a year from the age of 65 that could be worth transferring to a personal pension scheme with a value of probably close to £1 million.

What is bad about Transferring your Final Salary Pension Scheme?

This seems incredibly appealing today but when you look at your own personal situation, dependents, your financial requirements in the future and the benefits you will lose from transferring from the scheme it is not always as rosy a picture as you are led to believe. The problem for any adviser who is looking at transferring your money is they would be earning a considerable amount. Noy only in relation to the transfer where they could receive commission of 5% or above but also the ongoing commissions they will earn in the future for looking after the pension fund which they have transferred and this could well run at 2 to 3% a year of the value of the pension pot.

Not all advisers of course look at this but it is an incredibly tempting draw for them to promote this scheme. However, it only takes some shaky moments on the stock exchange and some poor investments through the private pension firm for the £1 million which is already been eroded by the commission payment initially to reduce to a level that may not be able to achieve the previous £20,000 a year you were being guaranteed. On top of this course with the private pension scheme you also do not receive some of the benefits that a final salary scheme would offer.

What can go wrong with a Defined Benefit Pension Transfer?

The FCA, have become strict in the way that defined benefit transfers are to be dealt with and their rules are incredibly stringent. Having personally been involved in a DB transfer for what is a very small sum of retirement benefit I know personally how strict these rules are and in turn how these rules must have been broken on the large proportion of any transfers that have taken place.

There are two elements that need to be considered in relation to these transfers from final salary pension scheme run by your employer:

2/ The other area which clients of advisers who have made these transfers are possibly unaware of is where they provided with the correct value when the transfer took place. With the considerable sums involved did the firm that was organising and providing the calculation in relation to the transferable amount to your private pension calculate the sum correctly? We do know of instances where calculations were low. As a result the client would then have less money in their own pension pot which would have a knock-on effect of affecting their retirement income at a point in the future.

How do I know if my Transferred Pension was Mis-sold?

By the very fact that you are reading this article you may well have concerns as to the transfer that you have made. Having personally been involved with my own transfer and knowing the various rules and regulations and ultimately pitfalls that are there I find it difficult to believe that any transfers were undertaken correctly. That doesn’t necessarily mean all were mis-sold as with the freedom of pensions now in place some people like to be able to be in control of their finances regardless, such as myself which is the reason why I was happy to have a transfer of this nature to take place.

We would be delighted to look at any pension concerns you may have with the sales process and approach the concerns that you may have. In turn if any problems are highlighted we can help address these on your behalf on a no win no fee basis where our fee if successful is 20% plus VAT (24% equivalent) of any refund. Of course there is no fee if we are unsuccessful.

What is a Final Salary Pension?

A final salary pension is a pension achieved during contributions made when employed which once leaving employment you can transfer to your own private pension.

What can go wrong with a final salary Pension transfer?

Final salary pensions can cause problems if the advice to transfer means you lose the benefits of that scheme or if the calculation to transfer was undervalued.

What is a Defined Benefit Pension Transfer (DB Transfer)?

A defined benefit pension transfer allows a company pension scheme to be moved to a personal pension plan, where you have control over the pension pot through an adviser.

Why is a missold Final salary Pension bad?

Final salary pension advice has to be clear and look into several key factors, especially those of your personal circumstance and benefits that you will lose in transferring to a private pension scheme.

Should you check your Final Salary Pension transfer?

Due to the amounts involved when transferring a final salary pension to a personal pension scheme it is important to check whether the advice was correct.