How to make a bank complaint?

Most common bank complaints
Of all the bank complaints, mis-sold payment protection insurance (PPI) tops the list. PPI cases takes up 62 percent of all complaints lodged against banks. Banking complaints such as credit card charges and change of accounts are the second most complained about in banks. In this category credit cards take the bulk of the complaints. Other popular complaints include residential mortgages, motor and life insurance covers.

What to do while filing a bank complaint
As a consumer, the most important thing to do is to file a complaint as soon as you realize there is a mistake. Make the bank complaint official and put it in writing or a record of some kind. Ensure the complaint is accompanied by documents to support it otherwise known as evidence. In your complaint be clear on what the problem is. It is also important to be clear on what you expect the bank to do; send an apology, give you a refund or offer compensation? It is also important to follow the right procedure as indicated by the service provider otherwise your complaint will not be termed formal. After filling the complaint, wait for at least eight weeks. If nothing happens, pay a visit to your bank and follow up. If the bank is not willing to work on your complain or declines it, take it up with the financial ombudsman.

What the financial ombudsman will do
The financial ombudsman is mandated to intervene between consumers and service providers and offer agreeable solutions to disputes between the two. Thus, you will fill out forms offered by the ombudsman and make a formal complaint. Attach all evidence and personal details that will help the ombudsman to follow-up your case. However, note that the ombudsman can only assist after your bank complaint has been declined or ignored by your bank for more than eight weeks. After lodging the complaint with the ombudsman, all you have to do is wait for the verdict. However, if you are still not satisfied with the verdict you can still go to court.

Over the years, bank complaints have continuously been on an upward trend and are not on the verge of stopping. More and more people are filling complaints with their banks. This could be attributed mainly to increased information by financial regulators and consumer watchdogs thus consumer empowerment and financial services regulation. 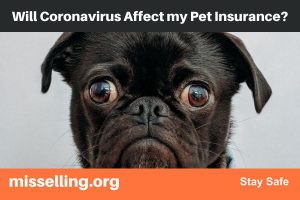 Will Coronavirus Affect my Pet Insurance?

April 21, 2020
PrevPreviousWhat to do if refused your PPI claim
NextDo you have a PPI mortgage claim?Next