What is a bank complaint?

What is a bank complaint?

With all the various scandals that have rocked the financial industry over recent years, it is important to go back and sometimes look at what a bank complaint is and how it has been dealt with.  Bank complaints, regardless of the financial scandals, have been going on for years and years.  It will continue to do so whilst the banks look at profiteering and lining their own pockets to the detriment of their clients.

How do you make a bank complaint?

There are 2.5 million complaints every 6 months to the banks and financial institutions in this country.  This includes the various scandals that have rocked the banking industry over recent years, such as PPI, packaged bank account facilities and charges, but even taking these out of the equation – complaints each year run into the millions.

It is therefore important to understand what a bank complaint is and what you can do about addressing the concerns that you have had in order to get recompense if misdemeanours have happened.

Bank complaints can relate to small grievances (which, to be honest, do not even come up in the figures that are provided each year on the number of disputes involving clients and banks).  Complaints can range from queuing or broken cash machines at the weekend or cash machines running out of money right the way through to complex and financially crippling problems as a result of serious misdemeanours by the banks and lending institutions, such as the mis-selling of products.  This can be in relation to, not only businesses, but also to consumers.

Who are the Financial Ombudsman?

The financial ombudsman was set up in 2001 (taking over from the then banking ombudsman) to review complaints impartially on behalf of clients and establish if any wrongdoing has occurred.  If it has occurred they will then look at providing the customer with recompense.

Of course, this is certainly not something that happens all the time and the ombudsman will of course find in favour of the banks and decline claims if they do not believe that there are any grounds or merit in making a complaint in the first place.  The service is free to use for clients.  The complaint procedure must be followed by the client in order to bring the ombudsman into play and this means allowing the bank a period of time (namely 8 weeks) to ascertain whether a dispute can be resolved or not.

What makes a bank complaint?

I do not believe that a lot of the figures provided shows the large proportion of complaints, namely the small grumbles that we all have about the banks such as queuing, running out of money at the weekend from cash machines and so on, but these are all bank complaints and concerns that you may have.

Basically, a bank complaint is a grievance that you have as a result of your banking relationship with your bank.  It can include other financial institutions, depending upon the product that you have, such as a pension company or an investment company or adviser.  So, when using the term bank complaint, it encompasses all sorts of financial arrangements and firms within that sphere.  The firms involved (and this is particularly relevant with regard to crowd funding) must be covered by the Financial Conduct Authority (FCA) in order to make a complaint valid, namely one that if there is a continued dispute, can be reviewed by the financial ombudsman.  If you do have a bank complaint, then it can be made firstly to the bank and then onwards to the ombudsman should you remain dissatisfied.

It is important to know that with regard to crowd funding, a large proportion of these investments are not in fact covered by the FCA and therefore the ability to challenge any form of advice is extremely difficult.

What happens to me if I make a bank complaint?

Many people are concerned when making bank complaints as to what will happen to their banking facilities and banking relations that they have with their bank.

I think it is always important for people to stand back and decide how they want to proceed with regard to this. It is absolutely right to be concerned as to what will happen if you make a complaint.  It will obviously depend on the type of complaint that you made.  For instance, there is an lot of PPI complaints.  The bank that you may be complaining about will not be the only current banking facility that you enjoy and will likely be an old facility and lender who you probably do not have any form of relationship with.  So that makes that particular complaint nice and straightforward and easy and it does not make any difference if you carry on because you have no relationship which it could potentially affect.

In addition, you might have a PPI complaint with your current bank.  Again, this is not a huge problem because most of the staff were forced into selling the PPI and quite frankly they find it quite therapeutic seeing customers getting all this money back and the powers that be getting their comeuppance that they deserve for demanding that it was sold in the first place.

Problems can occur when making the bank complaint if you have ongoing facilities with the bank, namely you are borrowing from them.  This is particularly relevant when the borrowing is an overdraft facility or a business account facility as it could potentially have some effect on that relationship.  I know people will always try and say it should not have any effect, but if someone moaned to you, would you be happy with them?  The answer is probably no.  That does not mean that you should not make the complaint, it just means that you need to be wary and protect yourself and also the continuation of any complaint will have to depend upon what you are complaining about and your reasons behind it.

If it is a small matter which is just going to aggravate the person(s) involved at the bank in dealing with your account on a day-to-day basis, then sometimes it is worth checking yourself to see whether you want to continue.  This is not a weak person’s way out – it is just being realistic.  You have to protect your own day-to-day concerns and if it is not worth rocking the boat, then I would say it is worthwhile just holding back.

We have been dealing with banking disputes and complaints on behalf of clients for almost 20 years following our time in the banking industry.  We have seen huge numbers and types of complaints that clients have.  Grievances have ranged from fraud all the way through to sexual harassment and we are seeing more and more mis-selling as the years go by.

Personally, I have turned away complaints believing that they will be more trouble than they are worth for clients and explaining my reasons.  So, whenever we take on a new complaint, it is always important to address this and go from there.

Our work is always conducted on a no win no fee basis which protects the client and we will always try to ascertain at the outset what a good outcome would be on behalf of the client.

How do I make a bank complaint?

Making a bank complaint is, on paper, relatively straightforward.  However, it can take a long time and can be frustrating and you can be thwarted by the system that is in place and the tactics operated by the banks in dealing with complaints.

Bank complaints can be incredibly frustrating and time-consuming and can put a lot of people off, but there is no reason why a complaint should not be made.  Complaints to financial institutions can be complicated, long-winded and can be in relation to products and services that the client had many years ago.  Therefore, the ability to recollect information that is useful is somewhat restricted.

Regardless of how long ago a problem occurred, everyone should have the ability to make a bank complaint, but we can certainly understand the reluctance people do have in taking one forward themselves.  The various procedures and concerns over bank disputes can take a tremendous amount of time and as such can be very off-putting when taking it on in the first place.

We will work on behalf of clients, thus taking away the requirement to chase the lender for information.  We enquire correctly as to what details are needed in relation to the dispute and negotiate with the lender, if needs be, or we take the complaint forward with the full report to the financial ombudsman and negotiate and deal with them direct.

Many complaints can take, certainly weeks, if not months and in some cases where complaints are complicated or require considerable investigation, they can take years.

We have worked for clients for a number of years and understand the system and the complexities that certain complaints can have.

The 5 problems with making a bank complaint: 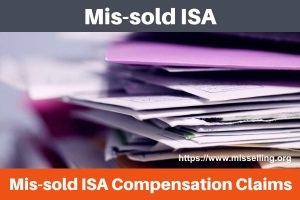